Currently a Sound Designer and Re-Recording Mixer in Buffalo, NY, Jessey focuses her time not only on sound designing, but studying the various theories and methodologies of her craft.  She completed her Master's Thesis on Sound Design and its effects on human perception at the State University of New York at Fredonia.

With a flair for post-production work, a musical background and a passion for sound that was birthed at a young age with the aid of a Fisher-Price Cassette Recorder, Jessey has worked on many productions, including those that have aired on Disney, Netflix, FOX Sports, E! Entertainment Television, Nickelodeon, Cartoon Network, YouTube, Bravo, Spike TV, HGTV and straight to DVD features. The past couple years, she have been nominated for many Motion Picture Sound Editor Awards, Emmy Awards and has won two Motion Picture Sound Editor Awards for Nickelodeon's Teenage Mutant Ninja Turtles and Nickelodeon's first animated Christmas special, Albert. She has recently been honored by being accepted as a member of the Motion Picture Sound Editor's organization and currently is the Sound Designer on Nickelodeon's Rise of the Teenage Mutant Ninja Turtles Movie and just finished the first season of Netflix's next big kids show Action Pack. (Check out her partial credits list here). 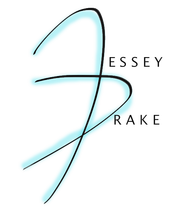